My kids can’t get enough of Dash & Dot. They ask me often if they can get them out to play with them. This year, Wonder Workshop has a competition for 6-11 year old kids with a great grand prize. Details are below:

Thousands of kids are coding for the Wonder League’s first ever nationwide Robotics Competition starting today with their Dash & Dot robots! With this event, coding is the new team sport for kids younger than ever before.

This year’s grand prize is a free STEM Field Trip to California for everyone on the team plus adult chaperones! Kids will get to:

Make Wonder is looking for 1,000 teams for this year’s competition. Are your kids going to join in on the fun? Sign up by November 1 to qualify for prizes and give them enough time to complete the missions.

Don’t have a robot? Use the coupon code COMPETITION to get $20 off a Dash & Dot Pack at the store. Today, we are inviting children all over the country to show the world that even the youngest amongst us can achieve the impossible. 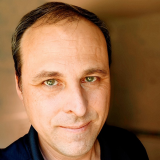 John Wilkerson combines over 20 years of professional experience in the computer industry with 17 years of homeschooling 7 children to give parents easy to understand advice on the application of technology in their homes.